The most anticipated fight of 2020 is not only official but comes without an additional price tag.

Vasiliy Lomachenko and Teofimo ‘The Takeover’ Lopez put ink to paper for their highly anticipated multi-belt lightweight title unification clash, which will take place October 17 live on ESPN from the MGM Grand Conference Center (“The Bubble”) in Las Vegas. The event was formally announced on Tuesday by Top Rank and ESPN as part of a stacked October schedule with headliners featuring title fights or bouts with title implications on every weekend in the month.

The pairing pits one of the very best pound-for-pound boxers in the world with one of the brightest young, unbeaten talents in the sport—with the latter firmly believing that youth will be served.

“The Takeover is here, and the reign of Lomachenko, the little diva, is coming to an end,” vows Lopez (15-0, 12KOs), who makes his first title defense in the process.

Brooklyn’s Lopez puts his IBF lightweight belt on the line versus Ukraine’s Lomachenko, who comes in as the recognized WBA/WBO titlist as well as the WBC “Franchise” champion. All of the hardware will be at stake, with the winner to also gain historical recognition as the crowned lineal lightweight champion.


​
“Lomachenko-Lopez is the best fight that can be made in boxing, and we are delighted that it will be available to fans for no extra charge live on ESPN,” vowed Hall of Fame promoter Bob Arum. “Teofimo and Vasiliy demanded the fight, and we are glad we could make it happen.

“Vasiliy has never backed down from a challenge since he turned pro under the Top Rank banner, and Teofimo is a fearless young champion daring to be great. This has all the makings of a modern boxing classic.”

Lomachenko (14-1, 10KOs) has quickly emerged as the class of the division since his formal arrival in May 2018. An off-the-canvas 10th round stoppage of Jorge Linares at Madison Square Garden in New York City provided the Ukrainian southpaw with his third divisional crown, doing so in just his 10th pro bout—a record for male boxers at the time which has since been matched by Japan’s Kosei Tanaka.

It was just the latest record-setting performance by the two-time Olympic Gold medalist from Ukraine, who won his first major title in just his third pro fight. Lomachenko soundly outboxed Gary Russell Jr. over 12 rounds in their June 2014 featherweight title fight, making three defenses before barnstorming the 130-pound division beginning with a 5th round knockout of Roman Martinez to win a 130-pound title in June 2016. Four defenses followed before invading lightweight, where he has claimed three titles at the weight in his last four fights.

A decisive 12-round nod over England’s Luke Campbell last August on the road in London marked the last piece of ring action. Since then has come the waiting process, sitting ringside for Lopez’ coronation when the 2016 Honduras Olympian tore through exiting lightweight titlist Richard Commey inside of two rounds last December, also at MSG.

The trash talk quickly ensued—mostly one way from Lopez and which has not stopped.

“Teofimo Lopez can talk all he wants. He’s very good at talking. He has done nothing but say my name for the past two years,” notes Lomachenko. “I am a fighter, and my goal is to win another world title. Good for Teofimo. When we fight in Las Vegas, he will eat my punches and his words. I will be the better man, and four world titles will come home with me to Ukraine.”


​
Crossing the finish line in producing this mouthwatering matchup wasn’t quite the layup it was once believed. There were talks of the two colliding this past May, possibly at MSG and live on an ESPN-distributed Pay-Per-View event. However far along they were in the process ultimately came to a grinding halt due to the ongoing coronavirus pandemic which shut down the sport—and most sports and entertainment mediums—throughout the spring.

Top Rank came back with a closed-doors boxing series this past June, in hopes that it would bridge the gap to when fans could once again attend sporting events. It was believed to be a crucial element in making this fight happen, but all involved parties have since softened on that stance—including ESPN, whose brass stepped up to the plate to deliver to its home viewers.

“Boxing has long been part of the fabric of our company and we could not be more excited for the October schedule on ESPN platforms, which includes the highly anticipated lightweight title bout between Vasiliy Lomachenko and Teofimo Lopez on October 17,” noted Matt Kenny, vice president of programming and acquisitions for ESPN. “Top Rank was one of the very first organizations to safely stage live events during the pandemic and as the calendar turns to fall, ESPN will be home to fights that will excite boxing enthusiasts and capture the attention of casual fans.”

Lopez vows to do just that in a town which launched his pro career just four years ago.

“I will beat up Lomachenko and take his belts. Simple as that,” insists Lopez, who returns to Vegas for the first time since his November 2016 pro debut. “I'm coming to Las Vegas to make history. I don’t like the guy, and I’m going to have fun as Lomachenko's face is beaten and marked up by my hands.”

Jake Donovan is a senior writer for BoxingScene.com. Twitter: @JakeNDaBox


bigfightweekend.com schrieb:
Lomachenko 14-1, 10 KOs and Lopez 15-0, 12 KOs were originally supposed to fight on May 30th at Madison Square Garden before the Coronavirus outbreak shut down the sport in mid-March. Arum had been looking at Saturday night dates in September and maybe with some socially distanced fans able to attend. Instead, Top Rank will keep it within their controlled environment at the MGM Grand conference center.

Lomachenko reportedly took a pay cut of approximately $800,000 of his original, reported $3+ million purse and gave it to Lopez to help make the fight happen.
Zum Vergrößern anklicken.... 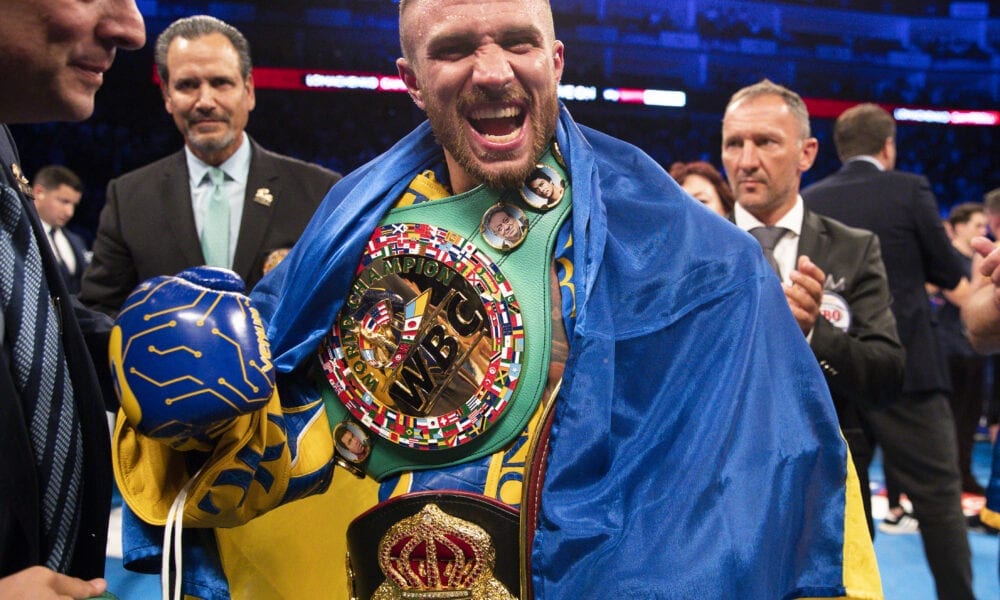 There’s nothing quite like fighters confirming their own news and on Monday afternoon, World Lightweight Champs Vasiliy Lomachenko and Teofimo Lopez did just that for their upcoming October bout. Top Rank Boxing, who is slated to promote the upcoming Unified World lightweight championship battle...


bigfightweekend.com schrieb:
“He’s a great fighter. He has all the accolades and achievements that he’s done….This is for ‘all or nothing.’ This guy is very talented, but so am I,” Lopez told ESPN.

“The thing is, a lot of these fighters respect this man, too much….I don’t respect no man, once I’m in that ring. And, that’s what we’re going to do.”
Zum Vergrößern anklicken.... 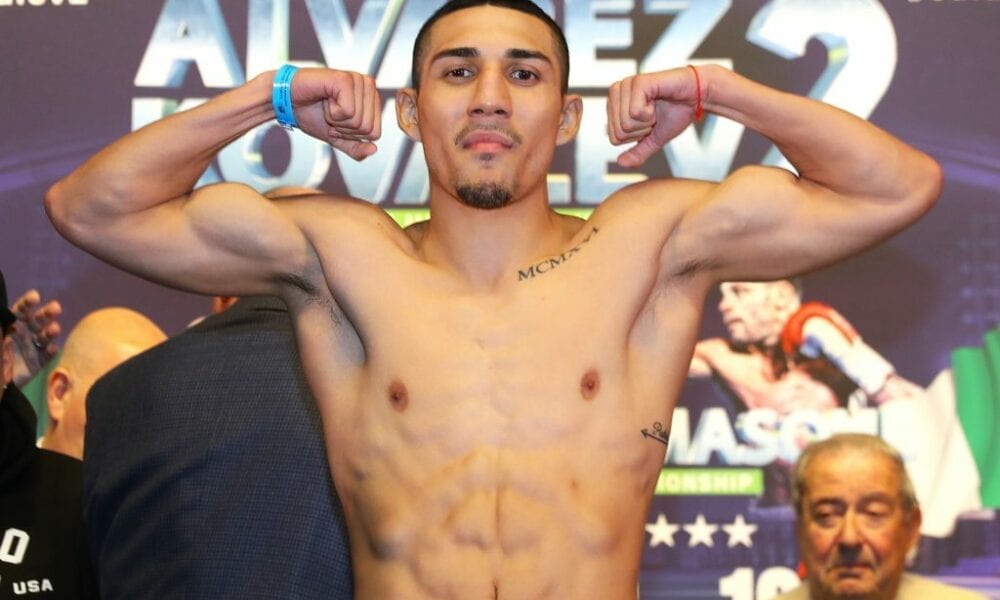 With his Unified Lightweight title showdown for October 17th now official, IBF World Champ, Teofimo Lopez, wants to make perfectly clear that unlike some of Vasiliy Lomachenko’s previous opponents, he’s not afraid. Lopez kicked off the promotion for next month’s 135 lb. battle for all the belts...