This shift is particularly noticeable among players with size, who were traditionally pigeonholed as back-to-the-basket big men from an early age. In the NBA, the expansion of the “stretch 4” and even “stretch 5” positions has played a considerable role in the leaguewide 3-point explosion. In 2012-13, players 6-foot-10 or taller took about 4,000 3s; in 2017-18, players in that height range took more than 10,000—an increase of greater than 150 percent in just five years. (For reference, players shorter than 6-foot-10 saw their 3-point attempts tick up by 35 percent in that span—still a boost, but nowhere near as large.) They’re already north of 8,000 this season, with more than a quarter of the games still to come.
Zum Vergrößern anklicken....

So if more players than ever before, and bigger and more athletic players than ever before, are entering the NBA with many more hours of shooting practice, but the defensive development still lags behind offensive progression at all levels of the sport, there is every reason to expect teams to feature even more shooting going forward. The NBA is in the midst of a feedback loop: The best teams win with 3s, so copycats take more 3s, so their competitors take more 3s, and so on.
Zum Vergrößern anklicken.... 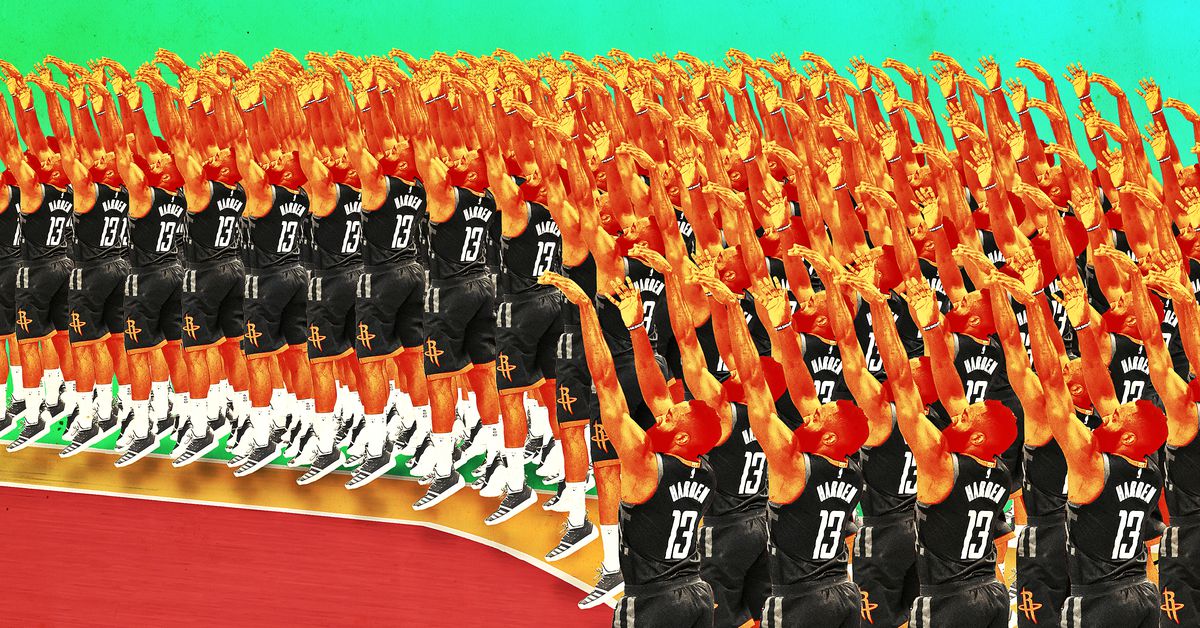 The 3-Point Boom Is Far From Over

NBA teams are letting 3s fly like never before. Just how far can offenses go? The numbers and the game’s biggest 3-point progressives suggest long-range shooting may only keep growing from here.